My films are saltwater-soaked, sun-baked visions of small-island life that explore what it means to live in a pseudo paradise. 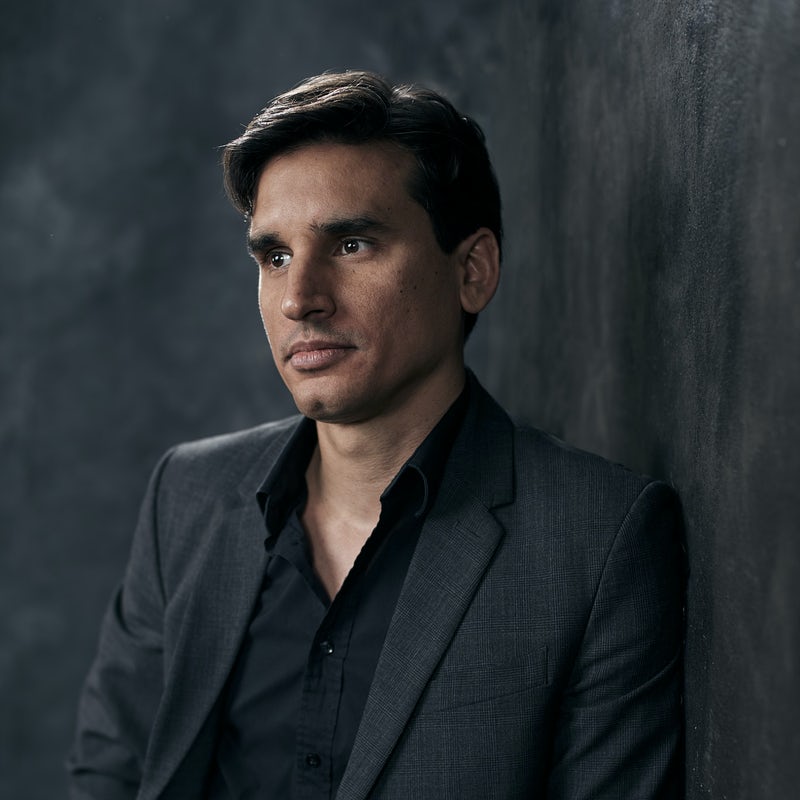 An award-winning filmmaker hailing from the twin-island republic of Trinidad and Tobago, Ryan C. Khan prides himself on being a passionate, collaborative, and resourceful artist who enjoys pioneering industries and finding uncommon ways to produce projects within untapped cultures and communities. He has been in the film industry for over 20 years, starting in a boutique video production house's editorial department and then forging his way through various industry forms, such as television, teaching, and film festivals. He has developed a distinctive supernatural-meets-commercial dimension to his work, relying on limited resources to craft high-quality, hypnotic stories.

One of the first recipients to receive funding from his country's newly established film commission, FilmTT, he successfully wrote, produced, and directed his first two short films MINUTES TO MIDNITE and THE MIDNITE AFFAIR, which saw limited theatrical/VOD release. He then completed his third short film, HOW MANY TIMES?, screened at CANNES SHORT FILM CORNER 2014. He has also produced, directed, and edited music videos for regionally renowned artists KES THE BAND, ORANGE SKY, BUNJI GARLIN, and commercials for multinational advertising agencies MCCANN WORLD GROUP, SAATCHI & SAATCHI, and OGILVY. 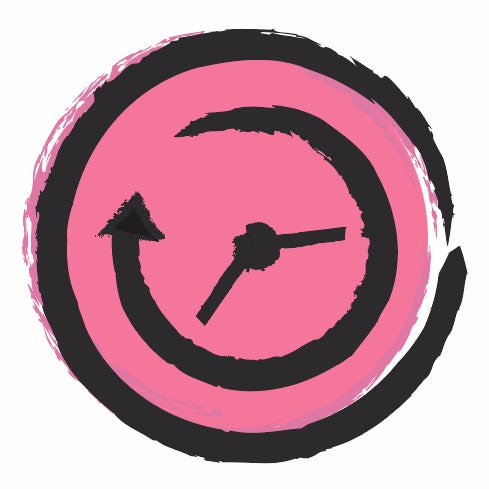 On Time. Every Time. 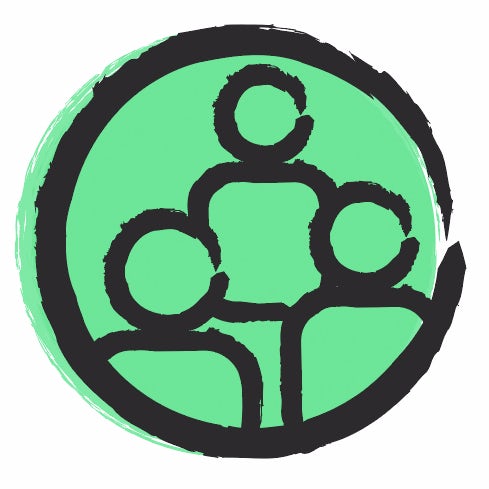 Dark humor and mysticism color his writing, which is defined by a decidedly 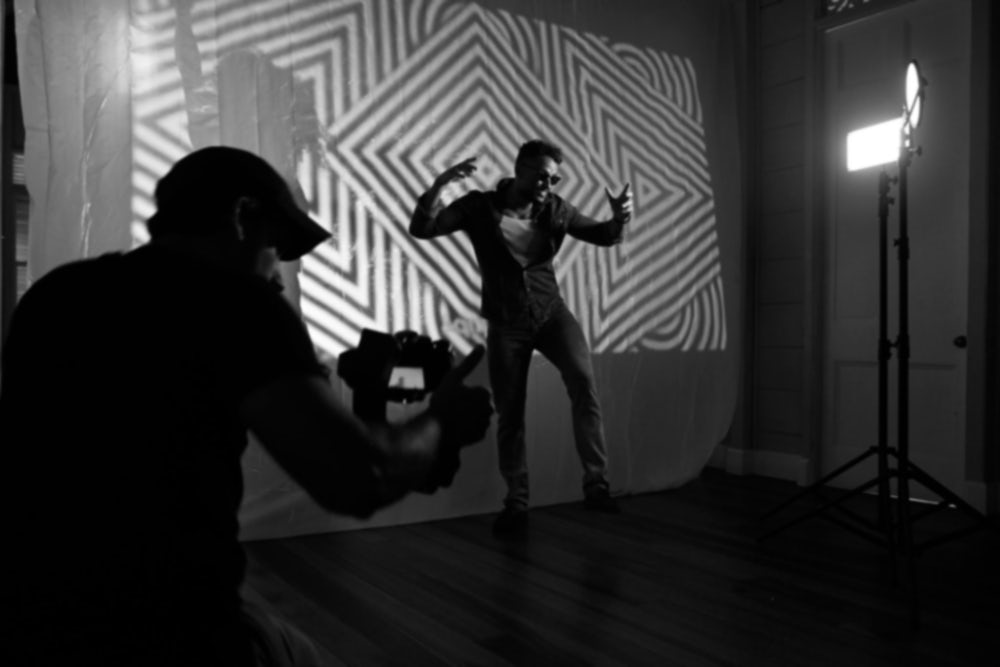 When peo­ple agree to do films, they of­ten don't know what you have to do to cre­ate the vi­sion. 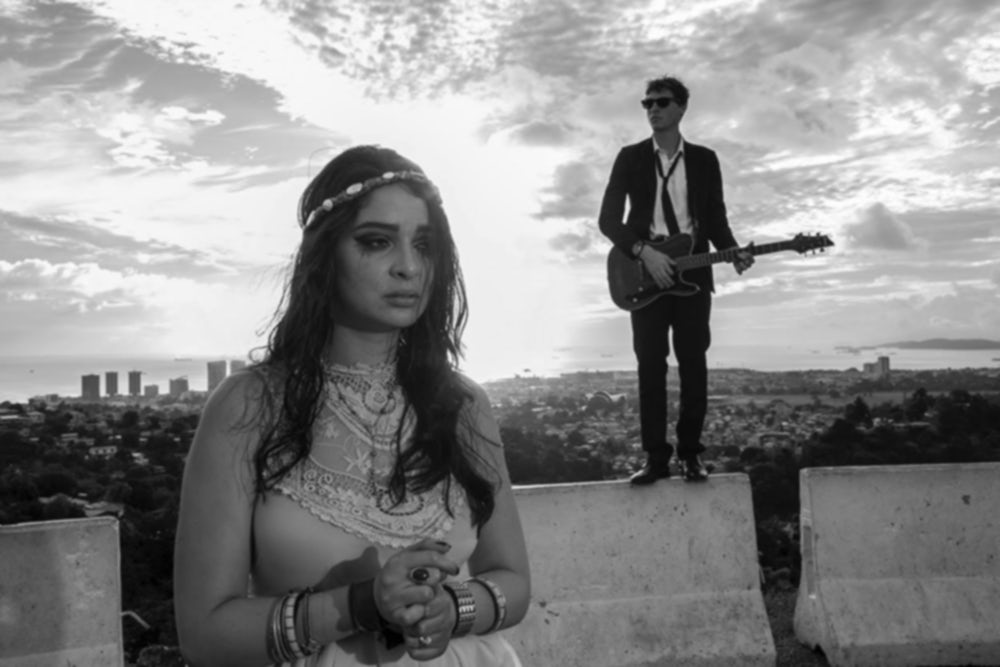 (check out my IMDb page for more roles) 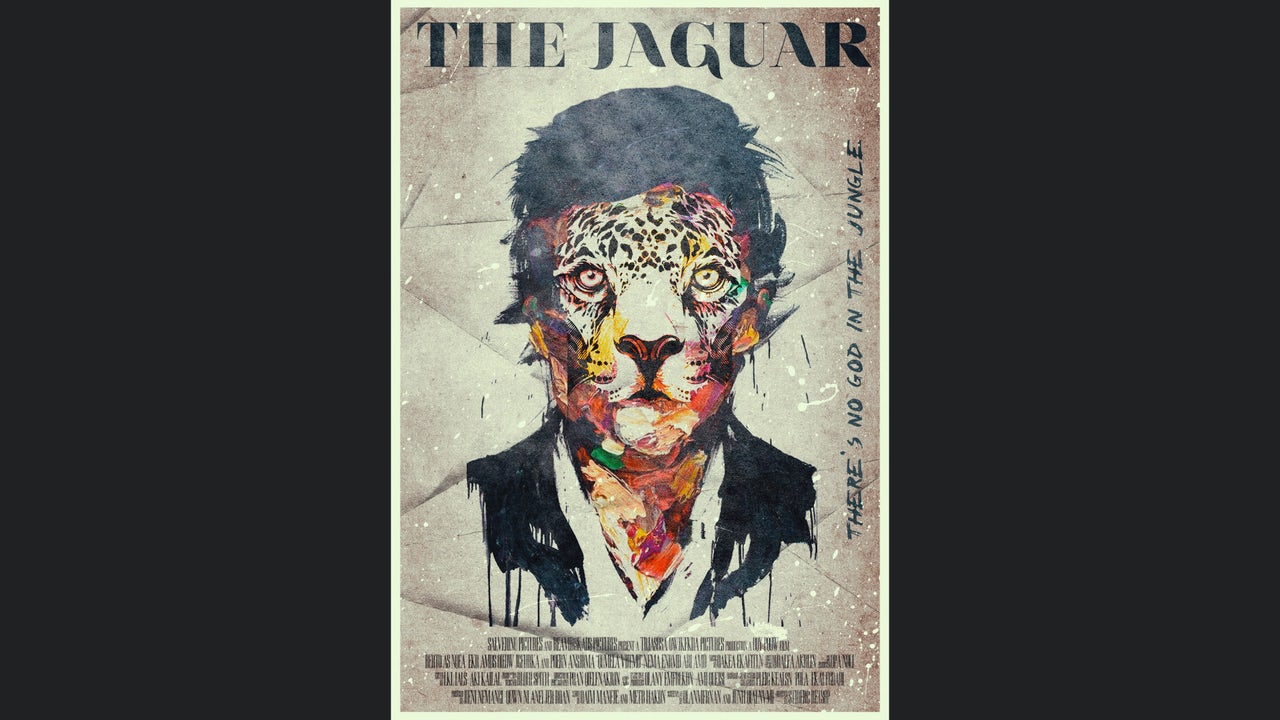 Log-line: After​ ​falling​ ​for​ ​a​ ​foreign​ ​journalist,​ ​a Trinidadian​ ​money​ ​launderer​ ​makes​ ​a​ ​desperate​ ​attempt​ ​to escape​ ​the​ ​vicious crime boss ​he​ ​works​ ​for. Based on the short story The Jaguar written by Keith Jardim.

*Poster is not final. Any artwork and images used are not intended for distribution or sale. 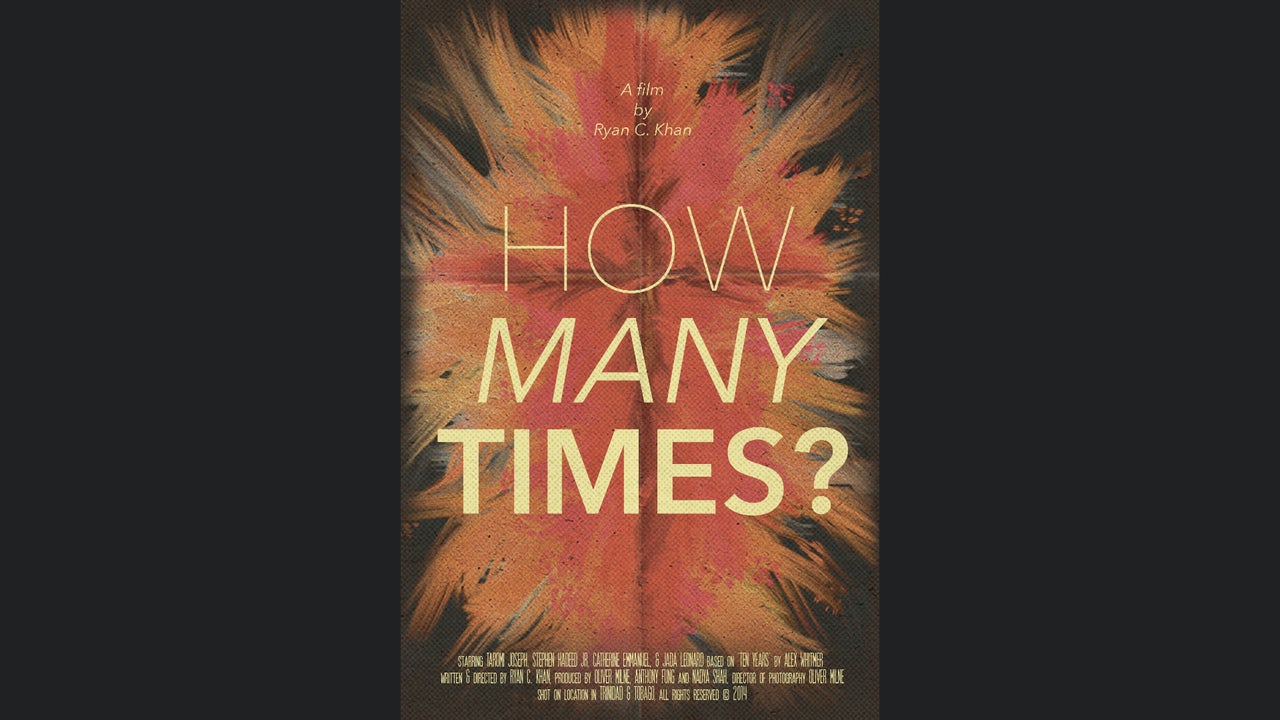 Log-line: A bride-to-be finds out her abusive mother is released from prison and has trouble dealing with this news.

Status: The film was completed and screened at the Cannes Short Film Corner 2014. 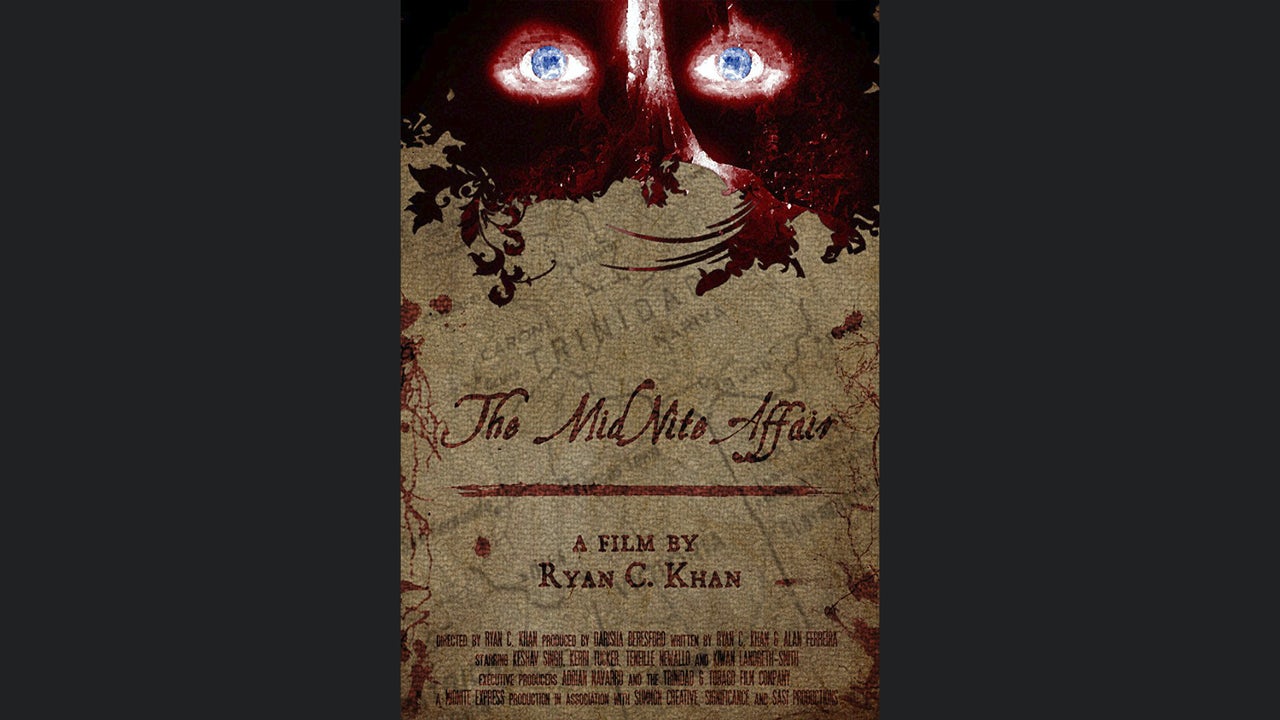 Log-line: An American scholar on vacation in Trinidad and Tobago must save his cursed girlfriend from the supernatural spirit known as La Diablesse.

Status: The film was completed and screened at the trinidad+tobago film festival/11 opening night. 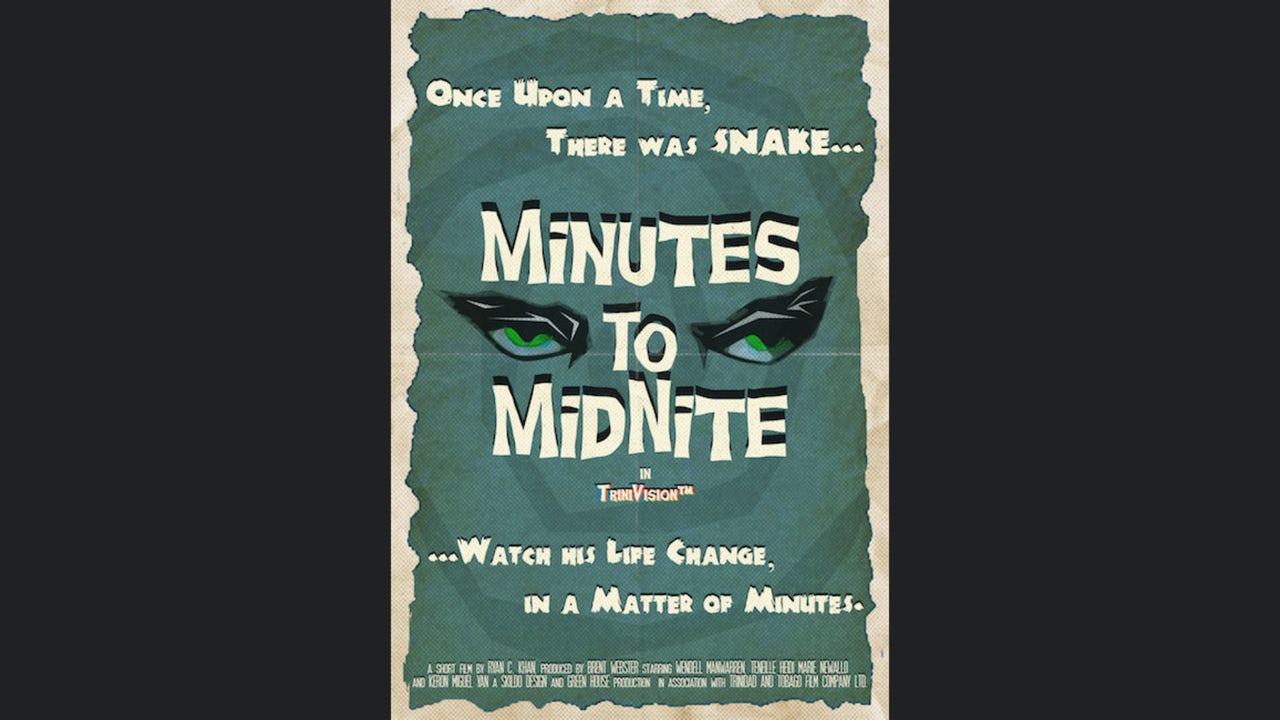 Log-line: A Trinbagonian gangster must find his killer by facing the mysterious folklore character, Mama Glow.

Status: The film was completed and screened at the trinidad+tobago film festival/09.

You know it’s done right when you and everyone else involved are receiving some accolades or at least continuing to get work and enjoy doing what you do. 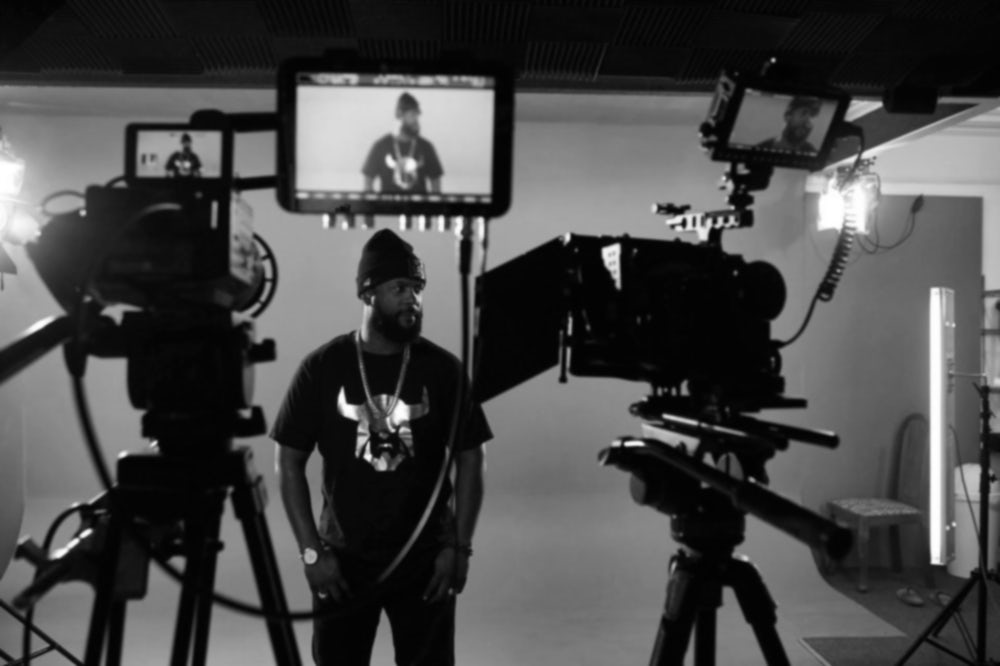 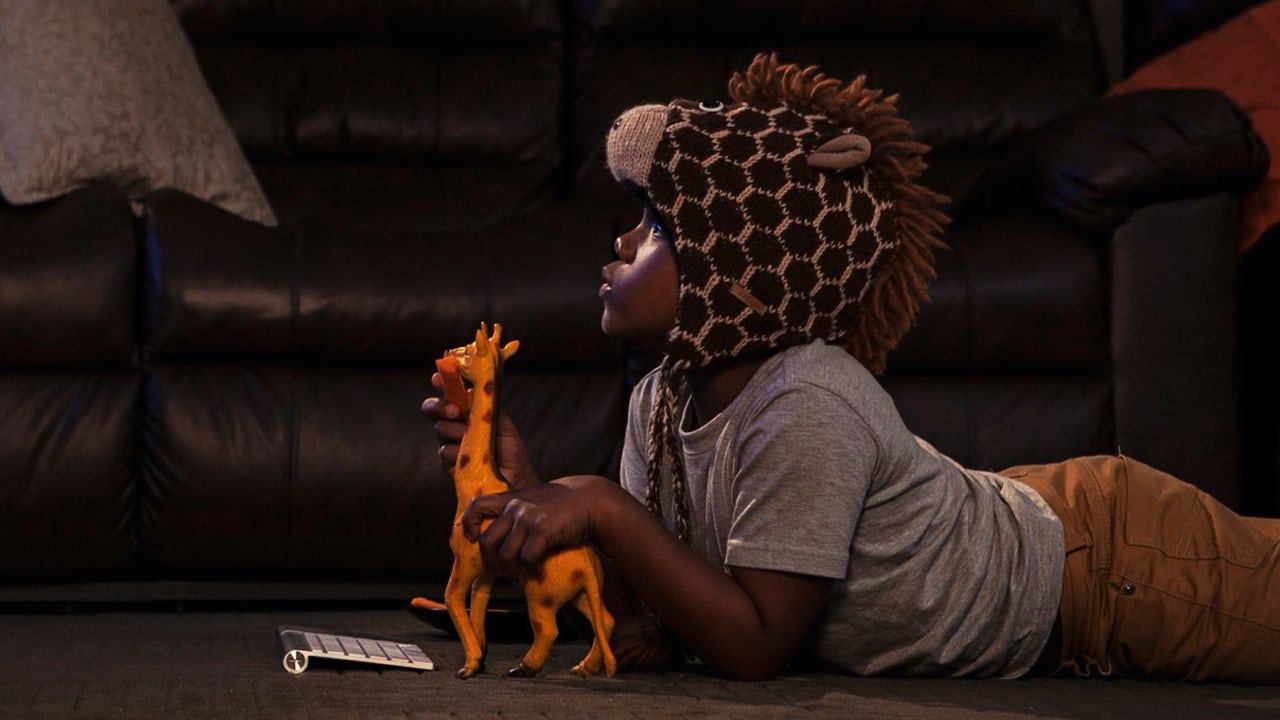 I do not just provide a service; I offer an authentic experience in the realm of experienced storytelling in FILM AND TELEVISION. Whether DIRECTING a high-end telecommunications TV COMMERCIAL about a boy achieving his dreams or a supernatural thriller FILM about a professor haunted by Trinbagonian spirits, I manage to bring a particular dimension to all my work while COLLABORATING effectively with all my clients, talent, and crew members. I use INDUSTRY STANDARD PRE-PRODUCTION SKILLS to realize my vision, such as SCRIPT WRITING (and RE-WRITING), STORYBOARDING, and SHOT-LISTING. You can be sure I will bring an edge to any project and complete it on time, within budget, and with a high degree of quality. 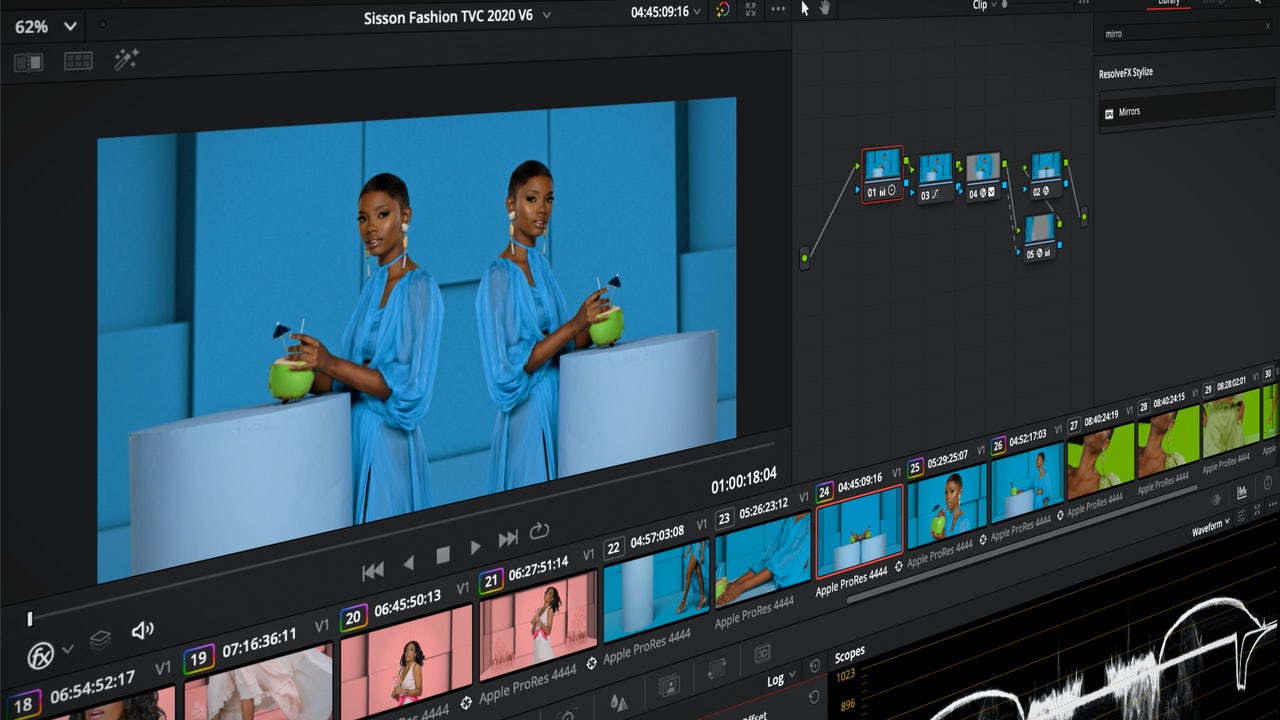 I EDIT, COLOR CORRECT, COMPOSITE and produce MOTION GRAPHICS for all of my projects and collaborate with filmmakers within the Caribbean region on their projects to produce AWARD-WINING results. I have a PROFESSIONAL level understanding of DAVINCI RESOLVE, ADOBE PREMIERE, AFTER EFFECTS, and FINAL CUT PRO. I operate in a COLOR CALIBRATED post-production environment that meets the standards for delivering HIGH-QUALITY results for TELEVISION BROADCAST, CINEMA EXHIBITION, SOCIAL MEDIA, and INTERNET STREAMING. 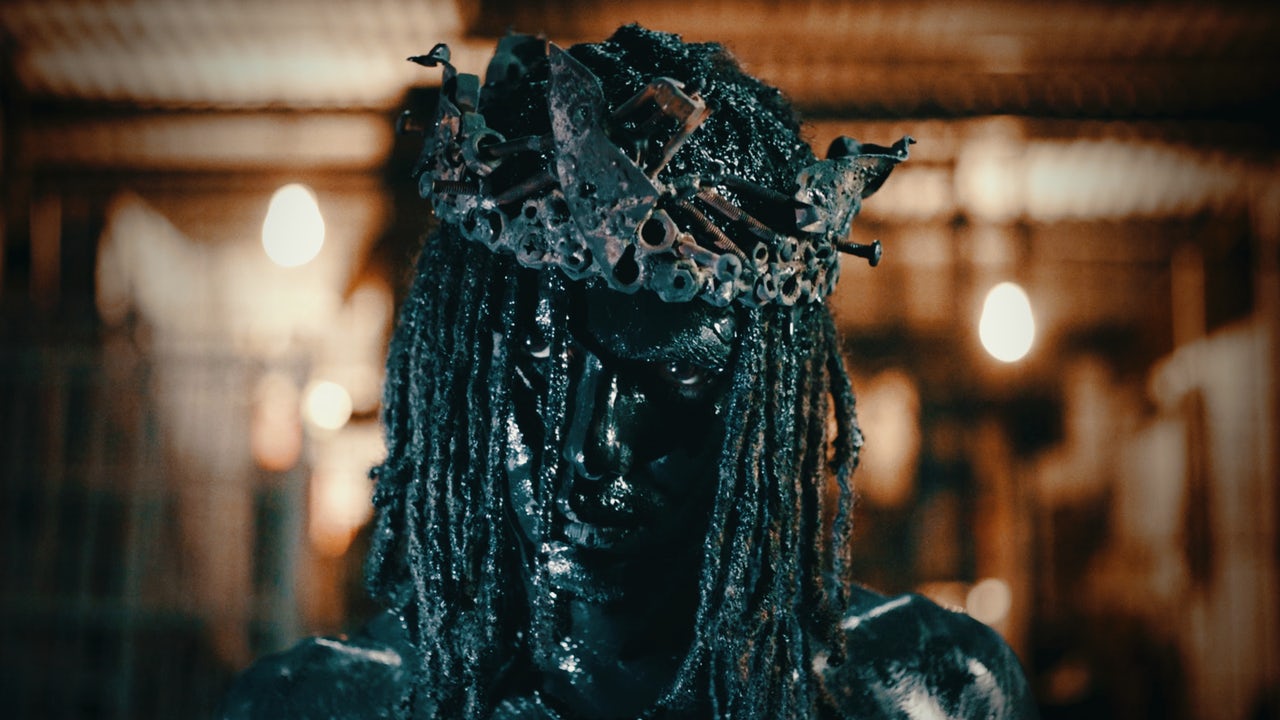 WHO I HAVE DONE WORK FOR 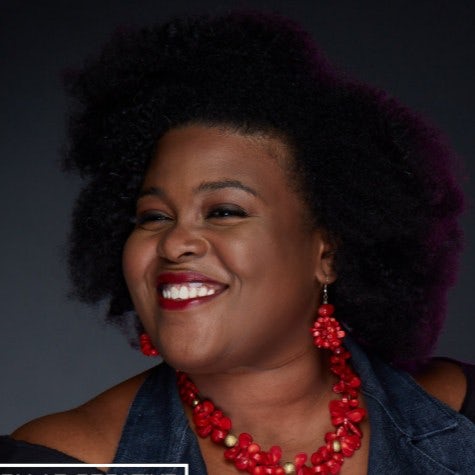 "Under one of the Trinidad and Tobago Film Commission's film assistance programs, Ryan excelled both in his role as Director under the programme as well as in a support capacity for the post-production marketing and distribution. A savvy film practitioner and willing collaborator." 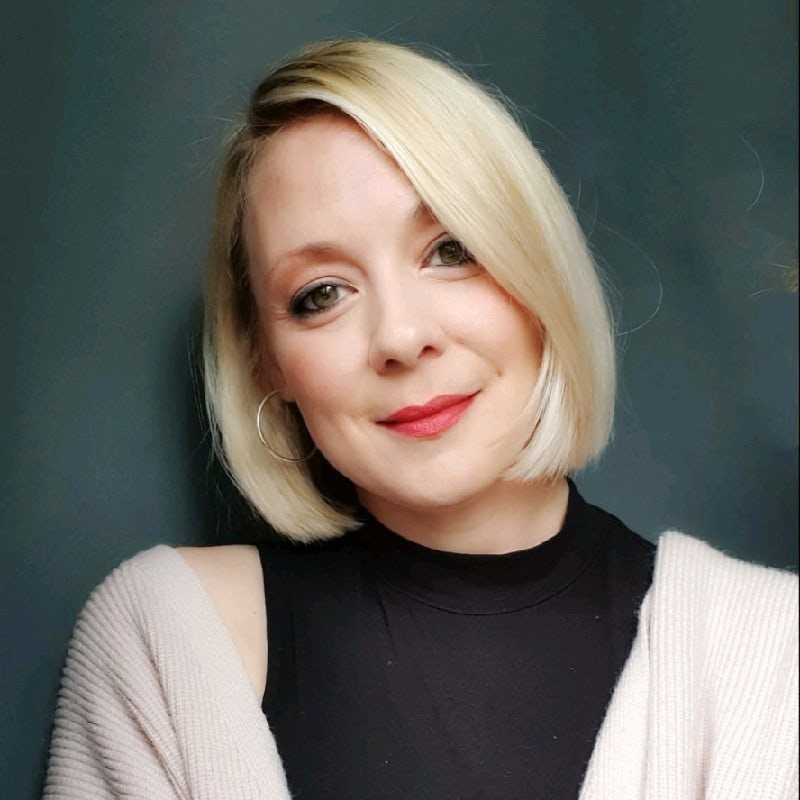 "I first worked with Ryan some 7 years ago, in an editorial capacity on a short film and there began our adventure together in Production! Ryan is a truly talented filmmaker at heart and always pulls out all the stops to get the job done no matter how tough the challenge or tight the deadline. Whether it be as an editor or director Ryan lives and breathes the production with an in-depth knowledge of the brand and target market, seamlessly translating creative concepts into heartfelt storytelling at its best. Behind the camera, Ryan perfectly balances aesthetically beautiful shots all the while accommodating Agency and Client's best interests with endless enthusiasm and love for the art of film. This is reflected in winning many international awards year after year from a commercial journey that has included 2 Giraffes and a truck full of popcorn!" 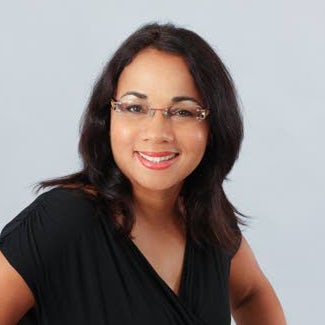 "Ryan is a magician when it comes to editing and VFX." 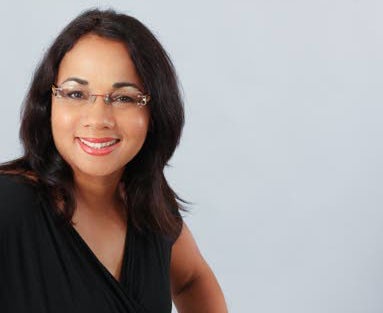 On Time. Every Time.

"Ryan is a magician when it comes to editing and VFX."

global perception of ourselves and our culture.  All you need to do is show up! 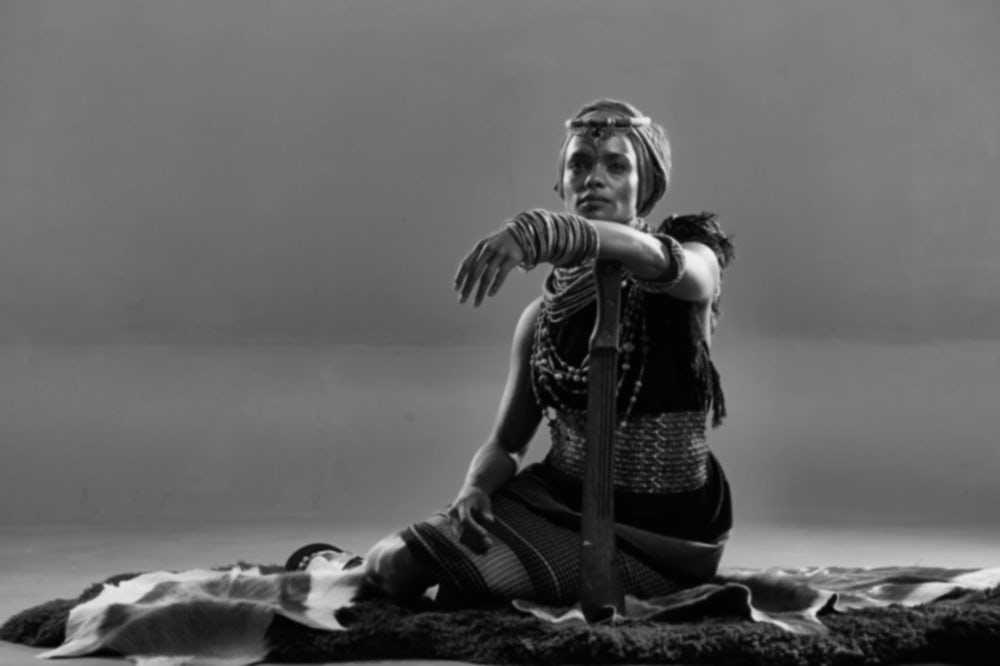 Fill out the form below and I'll get back to you as soon as possible.

Thank you. We have received your message and will be in touch with you shortly.